I was born in Oldham, England. Presently live and work in Munich.

After my school education in England and for the sake of art, I spent time in the US, Italy and

France to attain impressions and motivation from other cultures.

A Persian artist family I met in Munich who formally painted for the Schah of Persia, influenced

my passion in such a way that I started working in oils.This was the beginning of many oil paintings

and at the same time intensified my talent for drawings and photography.

Nature, environment and our cosmos influence my artworks and are expressed in explosive strong

I first exhibited my artworks in 1987 followed by many others as a solo artist or in group exhibitions in various galleries and other locations. The majority of shows were located in Munich,

Beginning of the 90's, I started designing telephone cards which at the time was a new media.

The result was 5 motives which were issued for England, Germany, Denmark and Spain. 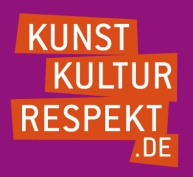